You are here: Home / The treatment in the hyperbaric chamber

If DCS or AGE is suspected, high-flow oxygen should be administered through a mask. In addition, unless you have an underlying cardiac problem, you will probably be given fluids through your IV to help address possible dehydration.

If you have a pneumothorax the doctor may need to place a tube through your chest wall to release air and allow your lung to reexpand. A pneumothorax can become life-threatening if it is not appropriately managed prior to treatment in a hyperbaric chamber.

Hyperbaric oxygen therapy involves the administration of 100 percent oxygen during compression in a hyperbaric chamber. Both forms of DCI warrant chamber therapy. 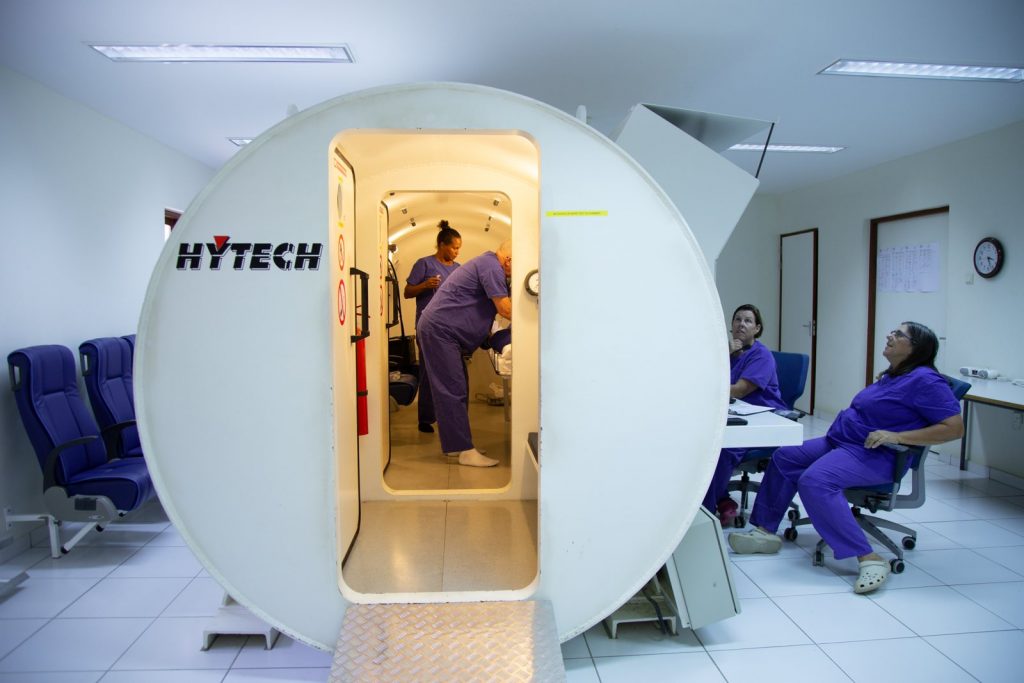 You will meet the hyperbaric physician and staff who will take you to the chamber to begin your treatment. The most common hyperbaric treatment protocol used for DCS and AGE is the U.S. Navy Treatment Table 6. The initial descent will take you and the inside attendant to 60 feet, the maximum depth of a Table 6. The total time of the treatment is at least four hours and 45 minutes.

Depending on the severity of your symptoms and your response to treatment, you will either be admitted to the hospital or allowed to go home after you exit the chamber. If your symptoms were severe or your response incomplete, it is likely you will need additional hyperbaric treatments during the following days.

Recompression chamber:
+599 717 8187 ( only during treatment)
info@recompressionchamberbonaire.com